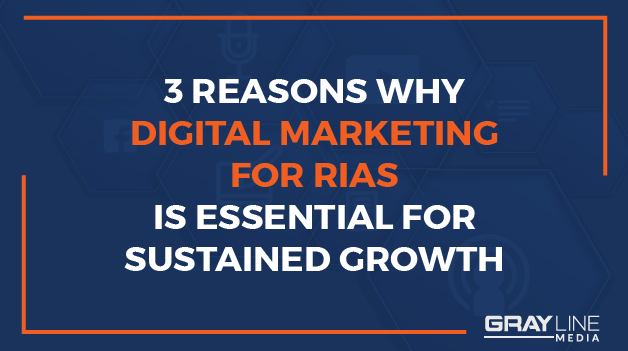 You want to grow your RIA practice, right? Have you factored in digital marketing?

I’m asking because a solid digital presence can take the guesswork out of prospecting. A well-established online identity can take you from chasing clients to having your pick of them.

It doesn’t happen overnight, but the sooner you start the process, the sooner they’ll show up in your inbox. First, however, let’s define the RIA-specific side of digital marketing.

The History of Digital Marketing for RIAs

Marketing, itself is probably as old as human civilization. The digital variety probably began after Netscape, the first popular web browser, was released in 1994.

At that point, the average number of people using the Web was around 16 million. Two years later, 70 million were online.

E-mail became common, alongside search engines like Google. Before long, marketers were sending ads by email while customers sought products on Yahoo! and elsewhere.

By the time LinkedIn and Twitter entered the scene, big data had begun allowing the corporate world to track peoples’ behavior patterns. This led to more precise marketing and predictive analysis.

The College of Financial Planning’s first class had graduated back in 1973. Professional advising had been around, under various titles, for decades.

Independent advisors looked on. It was glaringly obvious to some that digital marketing could level the playing field. The more that people sought entertainment and news online, the less a massive budget for print advertising was necessary.

This was a game-changer. A smaller practice could conceivably play David, winning prospects away from industry Goliaths.

To be specific, we’re talking about digital marketing for RIAs; not inbound marketing. Both involve electronic communication, but their approaches are different.

Inbound marketing considers both the goal and the tools on hand. Next, it often uses a specific platform to reach consumers effectively at a certain stage of the sales funnel.

Meanwhile, digital marketing takes more of a shotgun approach. It’s no less targeted, but it conveys your message across multiple platforms and media simultaneously.

Someone selling recipe software might benefit most from intended marketing. As a result, they may purchase ads within cooking-related Facebook groups.

However, an advisor generally needs wider exposure to their niche. This makes simultaneous digital marketing for RIAs across the web, on social media, and in podcasts ideal.

Shrewd digital marketing can also operate as an expansion of your brick-and-mortar business. In fact, it’s like getting another location for pennies on the dollar.

Think of it as a second building on which you pay no rent or utilities, no additional salaries, and no insurance premiums. Nevertheless, its doors are open 24-7 to prospects.

Better yet, a solid website paired with a well-deployed brand identity could potentially double your prospects. If you’re too busy to devote hours a day to them, it’s understandable.

You could hire a marketing agency. However, that may cost more than you can easily spare. If a minimum of $3,000 is chump change to you, then it is an option.

Just be careful, though. Running out of cash kills around 29% of small businesses annually. 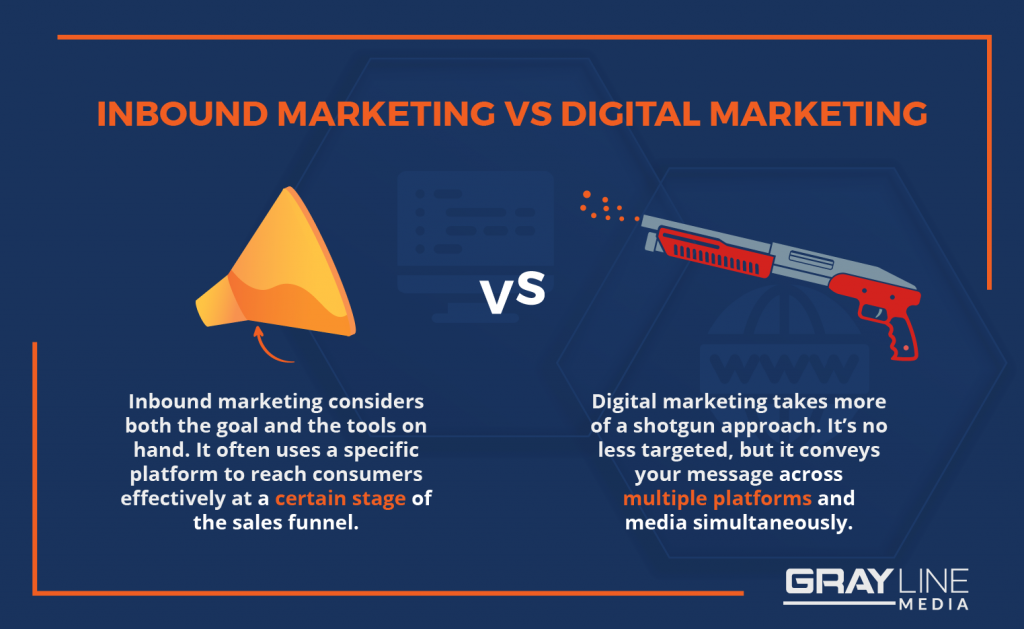 If you can spare the time, you just have to be willing to commit to the content cycle. However, it might be worth hiring a writer to blog and post social media for you, based on your outlines.

If you prefer a 100% personal touch though, that’s your decision. Modern software makes it easier than ever before. At the same time, it won’t meet with your clients while you’re drafting those blog posts.

In all honesty, your site might be discovered without reaching out or updating your content… eventually. However, it would take much longer that way. In fact, your ROI nose dives in that direction.

You don’t have to do everything at once. Just begin with the basics: Is your website search engine optimized (SEO-ed)?

We discuss SEO further here, but in a nutshell, it’s the process of making your pages as Google-friendly as possible.

Local SEO can help, too. This is optimizing—not just for Google, but—for people in your geographical area. As many as 82% of consumers seeking a professional use local keyword searches.

At the same time, you should be launching your content marketing and social media. Like planted crops, the biggest impact of both will take a few months to show. However, finding positive ways to gain visibility sooner can speed up the results.

The reach of Digital Marketing for RIAs is poised to keep expanding. Smart Insights finds that there were over 4 billion internet users worldwide in 2018. Meanwhile, over 5 billion used mobile phones and 3.2 used social media.

Marketing’s definitely a commitment, but most time-intensive digital stuff can be done with software. Likewise, what software can’t do, you can always delegate.

In fact, while you could seek a random freelancer, Gray Line Media is ready to partner with you. We can handle all your digital marketing needs—or, if you prefer, only a few to begin with. Our track record speaks for itself.

However, if you’d prefer to go it alone, we’d still like to help. Our series on SEO for your practice’s website starts here.

Thank you for reading this!